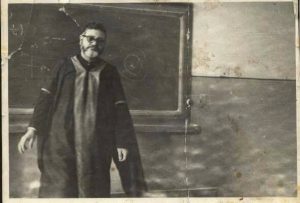 Father Makary Abd-Allah, Ph.D., the only Coptic priest who taught at a university as a priest, departed in the hope of resurrection.
As a young man, Adeeb Abd-Allah was the model of a Christian young man who was successful in his spiritual life as well as his secular life.
He joined the School of Science, Department of Mathematics, Cairo University. As the top of his class, he was hired as a teacher assistant. He then traveled to Germany to earn a Ph.D. from the University of Gottingen in mathematics in the subject of several complex variables in 1962.
He was hired by Cairo University as a professor in 1962.
He then earned a national award in mathematics in 1968 and the Highest Achievement Science Medal in 1970.
He had a close relationship with Pope Kirollos VI, who approached him to ordain him as a priest.
He turned in his resignation to the university, which was rejected because of his rare mathematics specialty. He explained to the school that he would be ordained as a priest, hoping that they would relieve him from his responsibilities, but to his surprise, they still denied his request for resignation.
The university then offered him a unique solution: to be ordained as a priest and to keep his position as a faculty member while lecturing in his priestly attire. Presenting the matter to Pope Kirollos, His Holiness approved, saying, “Go for it. It’s all for the glory of God.”
He was ordained as a priest by the hands of Pope Kirollos on July 10, 1970, to serve at
Archangel

As a priest, he became the head of the Mathematics department in the School of Science, Cairo University in 1976.

He was awarded the Best Scientific Research National Award in 1995.

As a priest, he was nominated in 1998 as a member of the Supreme Council of Universities, which supervises all universities in Egypt.

He was invited as a visiting professor to University of Gottingen, Budapest University, and several other European universities.

He also supervised many master’s and doctoral theses. He had several publications in various international periodicals. It is worthy to note that none of this deprived his congregation of his full attention and dedication.

As a priest, he was very well-versed in all areas of church studies. As Pope Kirollos, he leaned heavily on praying the liturgy and put all service matters on the altar.

He was a very gentle, strict, and loving father. Above all, he was a man of truth, and he feared no one but God Himself.

He was the first person to put together a biography of Pope Kirollos in a book and began the very early books about Pope Kirollos’s miracles. He was known to have a close relationship with St. Mina the Wonderworker and Pope Kirollos.

He was elevated to Heguman on March 5, 2013, by the hands of Pope Tawadros the Second.

In my first visit to Egypt after 20 years (last year), I visited him. He had gotten much older, but to my surprise, he was still as diligent, articulate, and firm as I have always known him to be. He sat me down and reminded me of my duties as a priest, which was beautiful. 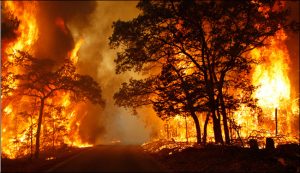 The last blog covered an opinion on natural disasters solely by St. John Chrysostom. This post covers the final section of this series. Let’s continue finding answers to many of our questions regarding these natural events. Why, then, does the bible call these calamities evil, as in Amos 3:6 & Isaiah 45:7? St. John Chrysostom… 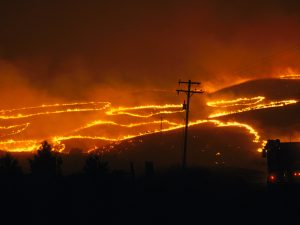 This blog was published in a newsletter a few weeks ago while hurricane Maria category-5 was closing on the Virgin Islands and Puerto Rico. Then a powerful earthquake shook Mexico City killing at least 225 people, and now wildfires are raging in Northern California. As you read this I ask you to be assured of… 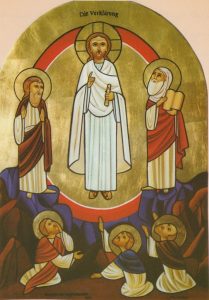 There is an ongoing debate within the Coptic Orthodox Church about the deification of man. Although the term “deification” is not found in the Holy Scriptures, the concept of elevating the status of humanity does exist. This debate is also heightened by the conversation spurred on by the Eastern Orthodox Church’s teachings about deification as…